It’s a family gathering. 8-year-old Fahad is having dinner with his parents and the visiting Uncle’s family. Fahad finishes his dinner early and leaves the table to watch television with his father’s permission. He slowly walks towards a nearby, seats on the comfy sofa in front of the TV. There is a weekend feature film screening. An astronaut comes out of the Lunar base and looks up at the dark Lunar sky. He slowly fixes his gaze at the camera. He asks, “When will you come here?”. Fahad looking at him is clearly mesmerized. The astronaut continues his Lunar walk and drives the rover around the crater. Fahad turns towards his Uncle and asks, “When will we go there?” His Uncle is looking at all this, silent until now. He smiles and says, “Very soon, the Future is here!”

The Moon has always been a part of Humanity’s expression of Romance. It just took a while to become the object of Romance itself! The Lunar race or the Space Race were always driven by political motives more than scientific ones. But Humanity has come a long way in the following decades. The volume and impact of Scientific discoveries in Space sciences and Space technologies is immense. When we were dreaming of going to Mars, the question arose: Why haven’t we gone back to the Moon? This question led to many Lunar rover projects sent to the Moon during the past decades. In short, these were preparations for our return to the Moon.

Many ideas, including the ESA’s Lunar colony on the Moon, are still in the works. But the most comprehensive and workable projects have been announced by NASA this year, which marked the 50th anniversary of the first Lunar landing & the Apollo missions. These projects are the Artemis project and the Lunar Gateway project.

To understand the groundbreaking nature of Artemis and Lunar Gateway, we need to appreciate the fact that there has not been a human-crewed mission to the Moon since 7 December 1972! That mission was Apollo 17, and it lasted for 12 days. Most of the Space enthusiasts have not seen a human land on the Moon! So we would love that to change!

The study on the Artemis program had started in 2009. The goal was to land a mission on the Moon by 2020. This program is a campaign that is the result of long and still ongoing research. In 2017, this lunar campaign was authorized by Space Policy Directive 1, utilizing various ongoing spacecraft programs such as Orion, the Lunar Gateway, Commercial Lunar Payload Services, and adding a crewed lander. The Space Launch System will serve as the primary launch vehicle for Orion, while commercial launch vehicles are planned for use to launch various other elements of the campaign. On 14 May 2019, NASA Administrator Jim Bridenstine announced that the new program would be named Artemis, who is both the twin sister of Apollo and the goddess of the Moon in Greek mythology.

Artemis is an ongoing crewed spaceflight program carried out predominately by NASA, U.S. commercial spaceflight companies, and international partners such as the European Space Agency (ESA), JAXA(Japanese Space Agency), and the Canadian Space Agency (CSA) to land “the first woman and the next man” on the Moon, specifically at the lunar south pole region by 2024. NASA sees Artemis as the next step towards the long-term goal of establishing a sustainable presence on the Moon, laying the foundation for private companies to build a lunar economy, and eventually sending humans to Mars.

The Lunar Gateway is an essential part of the Artemis program. Think of it as an In-orbit Spaceport that provides a facility in the Moon’s orbit. The following infographic depicts a possible formation:

The formation clearly shows the contributing partners and their role in each module. We won’t delve into the technical details in this article (perhaps better to elaborate on them at another time!). It’s a spaceship/space station under development that will be deployed in lunar orbit. It is intended to serve as a solar-powered communications hub, science laboratory, short-term habitation module, and holding area for rovers, robots, and other visiting spacecraft.

The planned timelines of Artemis program missions are shown in the following table:

The next phase of the Artemis program involves a Lunar outpost & a human-crewed mission to Mars from there has also planned! So it is safe to say that if all political and economic aspects live up to the forecasts, we are in for many exciting years ahead for human Space travel!
The Artemis program and Lunar gateway mission are just examples portraying the importance of human Space travel. The companies and countries building them are pioneers, and it will take years for other countries to match their progress. But since Space is a global collaboration based industry, it isn’t late yet. We must start working to join hands with them and contribute to our best.

Also, read; The Artemis program, NASA’s return to the moon 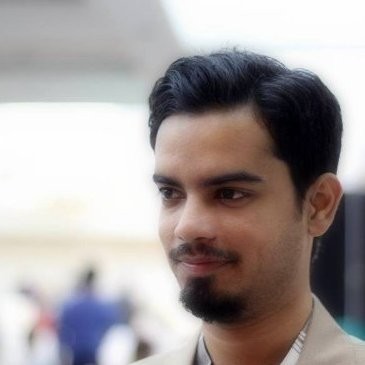 Muhammad Hassan Qazi is a Co-Founder of RaheQamar and an avid Space enthusiast. He is a Post-Graduate in Aerospace Engineering & has researched numerous Space technology projects. Hassan believes Pakistan has the talent and resources to actively contribute to the Global Space Industry. He is working in STEM and striving to promote Space science & tech. in Pakistan

Maham Maqsood is the Managing Editor at Scientia Pakistan. She is a senio...