If you are a nature lover or enthusiastic about animals, then you must know, without a doubt, about David Attenborough. He is the beloved TV presenter who has brought and developed exceptional programs on nature and wildlife and has made millions a fan. His legacy is great and he serves as an inspirational figure to many. But the journey to becoming such a legend was not easy. Here is the tale of the life and ventures of Sir David Attenborough and how he became of the greatest natural historians of all time.

Sir David Frederick Attenborough was born on May 8, 1926, in London, UK. In his early childhood, he spent most of the time collecting stones, natural specimens, and stones. Keeping his interest in mind, he studied geology and zoology and finally obtained a degree in natural sciences at Cambridge University. After completing his graduation in 1947, he started working for the national service of the Royal Navy for the next two years.

He married Jane Elizabeth Ebsworth Oriel in 1950, who passed away in 1997. They had two children, Robert and Susan. After leaving the Navy, Attenborough applied for a job as a talk producer and finally joined British Broadcasting Corporation (BBC) Television in 1952. Initially, he was not allowed to appear on camera because his teeth were too big. So, he became a producer for the talks department.

A career in TV

Later on, he began to work for the famous “Zoo Quest” series in 1954, where he made his first appearance on television due to the illness of the presenter Lester. During that period, he presented political broadcasts, gardening, religious programs, archaeological quizzes, and short stories. Attenborough was asked to join the BBC Natural History Unit, established in Bristol in 1957, but he refused because he didn’t want to move from London where his family was already settled. Instead, he formed his department, the Travel, and Exploration Unit, which allowed him to continue the “Zoo Quest” series and produce other documentaries, that includes the “Travellers’ Tales” and “Adventure” series.

In 1960, he left BBC for further studies and completed his postgraduate degree in social anthropology at the London School of Economics. Before completing his degree, he got an invitation from BBC 2 to join them as a controller, which he accepted and joined in March 1965. He inserted a clause in his contract that BBC 2 would have to allow him to continue making his other programs along with that job. In the same year in Tanzania, he made a film about elephants.

When he started working as a controller on BBC 2, he changed the schedule of the channel. He wanted to make it a diverse network, and for that purpose, he began to generate a portfolio of programs that gave the channel a separate identity for decades. He made a weekly schedule that included music, the arts, experimental comedy, travel, drama, entertainment, archaeology, sport, business, science, and natural history. His scheduled programs also include Man Alive, Match of the Day, The Old Grey Whistle Test, Call My Bluff, Chronicle, Monty Python’s Flying Circus, and The Money Programme.

A 13-part series that he made on Western art had shown the UHF color TV service that the BBC 2 channel offered, and it was considered to be one of the most crucial decisions that he ever made. Afterward, Attenborough, along with Chris Parsons, who was the producer at Natural History Unit, decided to make a series which they named as “Life on Earth.” He was so excited about that series and wanted to present that series himself but was unable to do so at that time.

Attenborough was so obsessed with his working as a presenter on the channel that he didn’t accept the application of Terry Wogan, who want to join BBC 2 as a presenter. Then in 1969, he was promoted to the Director of the programs of both BBC channels. His tasks mainly comprised of attending board meetings, firing staff, and agreeing to budgets, and he was removed from the post of filming the programs.

The time of exploration and successful ventures

In the following year, he decided to leave the post of Director because he felt unsatisfied and resolved to return to his previous full-time program making post, which provided him a lot of free time to write and present the planned natural history series. After his resignation, Attenborough became a full-time broadcaster and arranged a pre-planned pending trip to Indonesia with his fellows from Natural History Unit and decided to make a series based on the cultural history of Indonesian Island of Bali.

After his return from Indonesia, David Attenborough began to work on the “Life on Earth” series. Based on his interest, the BBC decided to do a partnership with an American Network so that they can get the necessary funding from them. During that time, he was still working for many other TV programs and projects. It included a series based on Tribal Art, the Fabulous Animals series for children that guide them about the mythical creatures such as Kraken and griffin. They signed a co-production deal with Turner Broadcasting and finally started working on “Life on Earth” in 1976.

In this series, Attenborough and his co-workers worked very hard by researching all the latest discoveries in that field, which helped them a lot to gain the trust of other scientists. This, later on, allowed Attenborough to consider the subjects in his upcoming programs. By using a computerized airline schedule, he visited lots of different locations and made many successful episodes of the series.

After the success of “Life on Earth,” Attenborough decided to use the title “Life” for lots of other documentaries as well. He presented “Life in the Freezer,” the first TV series in 1993 that includes a survey to explain the natural history of Antarctica.

Along with “Life” he made many other series that includes The First Eden (1987), State of the Planet (2000), The Truth about Climate Change (2006), How Many People Can Live on Planet Earth? (2009). His other 3D projects involve Conquest of the Skies. He also wrote David Attenborough’s Natural Curiosities, three other series, and A majestic celebration series.

Because of his extraordinary contribution to Natural History, David Attenborough has been honored with various titles and awards. In 2010, he was awarded an Honorary Doctorate from Nelson Mandela Metropolitan University and Nottingham Trent University. In 2013, he achieved 32 honorary degrees from British universities. He has also received an honorary Doctor of Science awards from the University of Cambridge and University of Oxford.

Attenborough had received the title Honorary Fellow from many institutions, including Clare College, Cambridge, the Zoological Society of London, the Linnean Society, the Institute of Biology, and the Society of Antiquaries.

In 2013, Attenborough had a pacemaker fitted and had a knee replacement surgery in 2015. Despite his health issues, he continued his work and was called a National Treasure in the UK, although he himself didn’t like that title. And now he is very aptly considered as one of the greatest natural historians of all time. 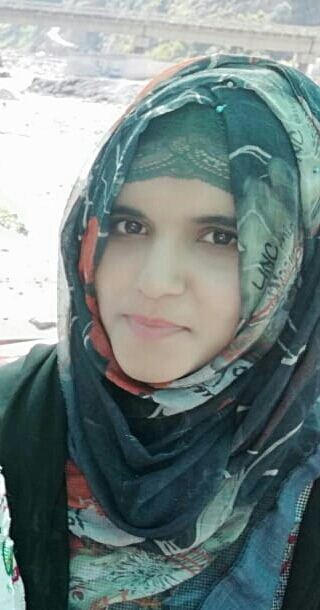 Arooba Azeem is a student of BS biochemistry,  Quaid e Azam University Islamabad. She is an active member of the management team(QDLs) of debating and literary societies of her University. Her particular hobbies are cooking and book reading.

Maham Maqsood is the Managing Editor at Scientia Pakistan. She is a senio...