There is a moment, towards the end of First Man, Oscar-Winning director Damien Chazelle’s Neil Armstrong biopic, where the astronaut, after having immortalized himself by becoming the first human to set foot on an alien world and of course delivering the iconic lines ‘One small step…’ is poised over a crater in the Sea of Tranquility, reflecting. As private a man as Neil Armstrong was, it seems almost characteristic for him to seek solitude from the only other human on the moon, fellow astronaut Buzz Aldrin. But the moment isn’t one of seclusion; Armstrong has a burden to bear. In his gloved hands, he holds his erstwhile daughter, Karen’s bracelet, a memento of the child to whom he was so devoted. Standing there, earth’s envoy, he is not an astronaut but a grieving father. The scene ends with the bracelet committed to the deep, the moon’s gravity gently planting it in the Little West Crater.

Whether this episode is apocryphal or not is anyone’s guess – Armstrong’s enduring privateness revealed little and he remains as much of an enigma today as he was then. Shortly after the announcement that Armstrong would be the commander of Apollo 11, the press tried desperately to get to know him, to know who this man was but as writer Andrew Chaikin put it, “Armstrong was beyond their reach” a fact that friends and colleagues could testify to. For someone so lauded, so identified, it is peculiar that we know the astronaut but not the man.

Born in Ohio, 1930, Neil Alden Armstrong cut his teeth as a naval aviator and test pilot before joining NASA and the Gemini Project. A crew cut, corn-fed Boy Scout, Armstrong may have been an All American poster boy but beyond the picture-perfect look, he had ‘The Right Stuff’ – that particular quality that separated him from us mere mortals. A childhood interest in flying and a head for numbers set him on the path for a career in flight, one that reached its apogee quite literally in the heavens.

In telling his story, there are moments throughout his career that build towards the legend –trials by fire that shaped the astronaut to be but then there are also moments, anecdotes if you will, that lend to his own mystique, revealing glimpses of the man.

Soon after graduating from college, he returned to flying but instead of reenlisting in the navy, decided on a career as a test pilot. While this period of his life, the preamble that is, is most noted by ‘incidents’ such as his X-15 ‘bouncing’ off the atmosphere it is perhaps more telling of the man by where he lived.

Though assigned to Edwards Air Force Base in Southern California, Armstrong and family lived quite off the beaten path, in a remote, spartan cabin in Juniper Hills which apparently had no electricity or plumbing. This ascetic, isolated abode typified Armstrong who as time would tell came to be one of the most famous people in the world yet for all that chose obscurity and a farm.

This idyll, one that he would often fondly look back to, was soon to be irrevocably changed by events both foreign and domestic. In 1957, the Soviet Union shot Sputnik into space, announcing to the world that the Space Race had begun. The bi-polar world of the 50s had the US and the USSR locked in a game of one-upmanship and with Sputnik, this contest took to the stars. Scrambling to come to terms with the Soviet Union’s feat, the US, with all urgency, sought to do them one better. Armstrong, perhaps with some foresight, was eager to get in on the action, remarking to a colleague “Space is the frontier and I intend to go”.

Though missing out on Project Mercury, the earliest human spaceflight program by NASA because he was a civilian, Armstong later qualified for Project Gemini in late 1962. However, the year had already been ‘marked’ for the astronaut and his family, and if First Man and the biography of the same name are anything to go by, it is something that dogged him his entire life. Earlier that year, his daughter Karen, aged 2 ½, died, having been diagnosed with a brain tumor.

Again this is the kind of Apocryphal that may never be confirmed (James Hanson, Armstrong’s biographer ‘suspected’ that the astronaut left his daughter’s bracelet on the moon)  but one would like to chalk this down to creative license for the morose, somber character Ryan Gosling plays is only one side of the picture. There was a side to Armstrong that was rarely seen, only putting in brief appearances but when it did, like the sunrises that he so cherished in the Californian desert, it was warm and lasting.  You can see this in pictures, particularly that megawatt smile he has posing in a spacesuit with the Apollo 11 crew – this is, after all, a man about to embark on a voyage like no other, it’s hard not to smile.

Of course, his professionalism and sangfroid never failed him as during the Gemini Project, the Gemini 8 spacecraft, performing rendezvous and docking in earth’s orbit, malfunctioned, leading to a deadly roll which was only averted thanks to Armstrong’s quick thinking. Though coined much later, Armstrong embodied the ‘Steely-eyed Missile Man’ – a quality in an astronaut to problem solve under great pressure. His landing of Eagle on the moon is a classic example. As the Lunar Module was descending to the satellite, Aldrin, and Armstrong aboard, a sudden computer error led to the LEM’s navigation system being thrown off, jeopardizing the landing. At that moment, Armstrong took manual control of Eagle and with only seconds of fuel left to spare, landed on the lunar surface – “The Eagle has landed.”  And though seemingly calm during the descent, Armstrong’s EKG, being monitored back in Houston, showed that his heart rate had soared to 160 BPM.

This restraint and reserve that he exuded were felt by all, as Michael Collins said of him “He has his own barriers erected” and it was something of an ethos for him. When he was informed by NASA flight director Deke Slayton that his crew had been selected for Apollo 11, he would say later that he was     ”very pleased but not wildly elated” – that signature restraint in play. When it was being discussed who was to be first to exit the LEM and thus become the first human to set foot on the moon, he remarked at the time that this was something “not based on individual desire” knowing that Aldrin was pushing for the privilege but would add years later, that he didn’t care either way. Of course, Armstrong was selected as he was a commander of the mission and the senior astronaut.

There has been much speculation, both at the time and to this day, about the words spoken at the time he first set foot on the moon. Prior to the launch, he was bombarded with suggestions, constantly being quizzed by the press but as always he kept his own counsel. Even en route to the moon, his crew asked him the same question, but he declined from answering.  What was the inspiration for this epigram and when did he come up with it? Again another of those Armstrong mysteries but it is likely that it was conceived on the way, the sheer wonder of it all serving as some muse.

Armstrong’s post-Apollo 11 career was expectedly quiet, retiring from NASA to go on to teach. He remained very active advocating space flight but stayed out of the limelight as much as he could. Following complications after heart surgery, he died at the age of 82.  In eulogizing his colleague and friend, Buzz Aldrin’s words are perhaps the most fitting, “My friend Neil took the small step but giant leap that changed the world and will forever be remembered as a historic moment in human history. May he Rest in Peace, and may his vision for our human destiny in space be his legacy.” 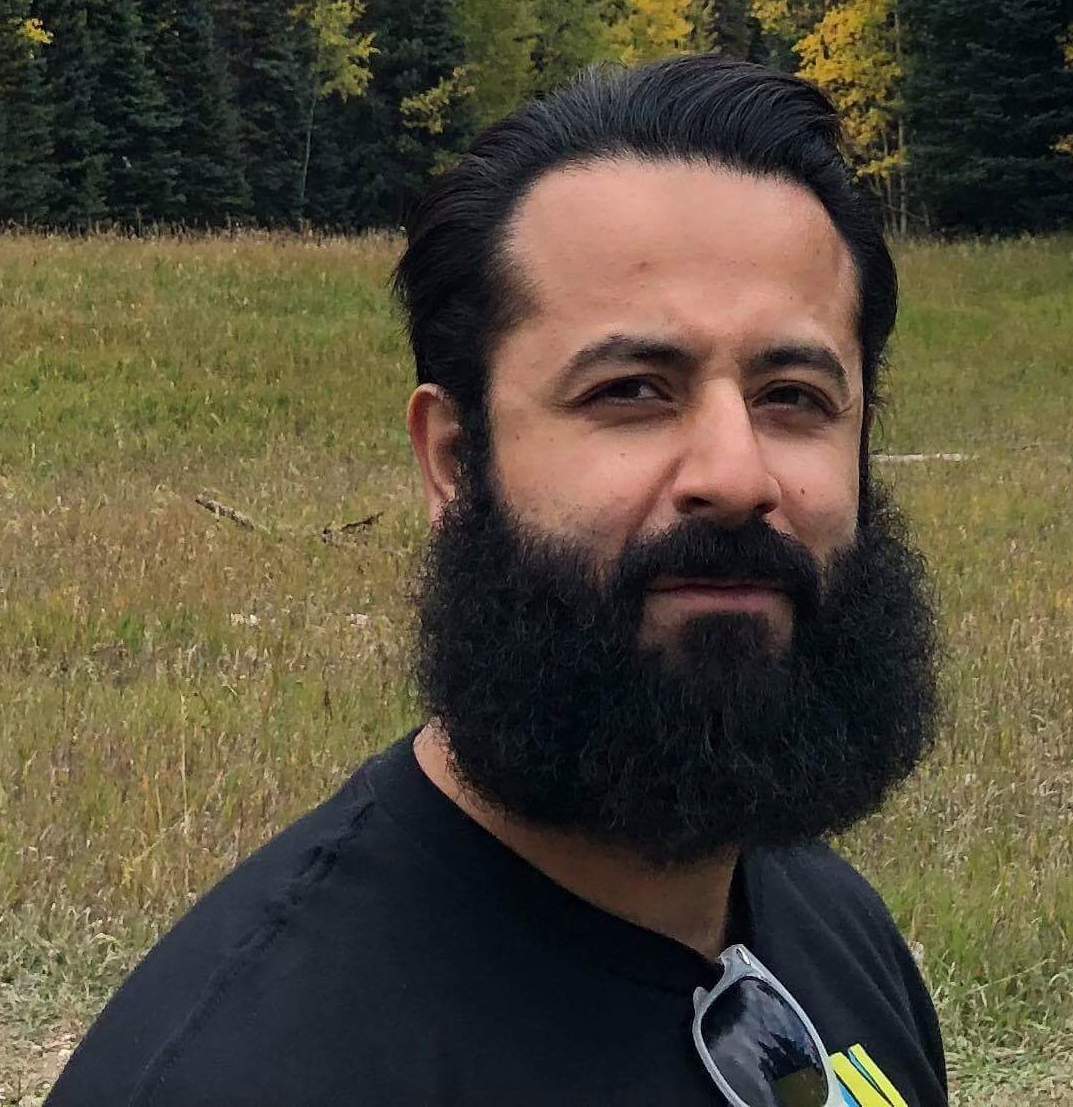 A. Rahim Khan is an Islamabad-based journalist who has previously worked for Al Jazeera, Dawn, Express Tribune, Hello!, Pique and Border Movement, largely covering science, culture and the arts.