A series of science festivals organized by Khwarizmi Science Society 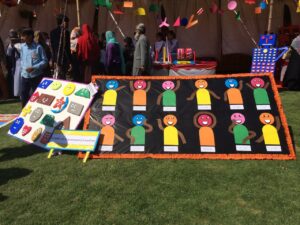 The Khwarizmi Science Society (KSS) is one of Pakistan’s most active science associations: organizing seminars, national workshops, public and popular lectures, sponsoring students’ science projects, maintaining an online magazine “Takveen”, screening video presentations and science movies, and arranging field visits and symposiums of high quality. Most of these events are announced and reported in the local press and locally published science communiqués. 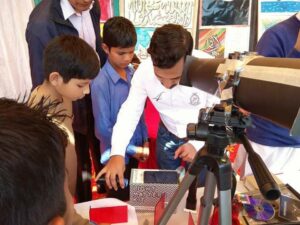 The major objectives of the KSS include but not limited to scientific meetings and dialogue, encouraging students to take up careers in science, Student-scientist interaction, Popularization and public dissemination of science, Fostering collabo-rations between individuals and organizations, and Resource Sharing.

The Khwarizmi Science Society (KSS) is a pioneer in bringing the communities closer to the world of science. 2019 has been a remarkable year for those involved in science outreach. The series of science-fests and Astro-fests initiated by the KSS two decades ago continues as two major events were held in the areas surrounding Lahore. 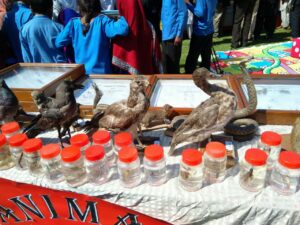 The year started with a positive note when the KSS took its mobile science lab to Harsukh School located in a farmhouse near Bedian Road on 29th January. The people at Harsukh were equally welcoming and were able to gather students and parents from other schools as well. Apart from scientific exhibitions demonstrated by the KSS, the team at Harsukh gave it a cultural touch by adding music, art, and color to it. 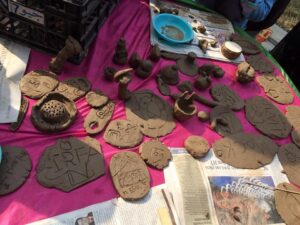 The ground was full of people keen to dive into the world of science. The students at Syedanala School created some of the most colorful scientific exhibits and explained scientific concepts to the public on the go. Moreover, butterfly and insect collections and stuffed species specimens were also available for public observation. A team from LUMS introduced the art of calligraphy to the visitors as well.

Like the previous events, these science-fests were open to all and invited people of all ages, genders, and walks of life. The KSS looks forward to continuing this journey of scientific outreach this year with even bigger and inclusive events by making them reachable to as many people as possible.

Saadeqa Khan is the founder, CEO, & Editor-in-Chief of Scientia Pakistan. She...

I am a Writer and Science Communicator at Scientia Magazine, who also lectures...