In Pakistan, the healthcare system consists of public and private sectors provided via different national programs and community health workers, and the provincial governments are mainly responsible for it. Government and semi Government organizations like the Pak armed forces, Sui Gas, Railways, WAPDA, the Employees Social Security Institution and Fauji Foundation, provide health services to their employees and their dependents through their own system.

The Government of Pakistan is spending approx 2.5 % of the GDP on healthcare, which is lower than some other Asian countries such as Sri Lanka and Bangladesh. The Healthcare portion in the Federal Budget 2020-21 is only a mere increase of 5.7% to Rs 67,484 crore from the revised estimate of Rs 63,830 crore in the previous year and falls short of the aim of spending 2.5% of GDP on healthcare. Pakistan spends 80% of its health budget on tertiary health services, which are utilized by only 15% of the population.

The World Health Organization (WHO) ranked Pakistan 122nd in overall health system performance among 191 countries while India ranked 112, and that of Bangladesh 88 and Sri Lanka ranked 76 respectively. The health indicators, health funding, and sanitation infrastructure are commonly poor in Pakistan, mostly in rural areas. The leading causes of sickness and death include respiratory infections, congenital abnormalities, gastroenteritis, tuberculosis, malaria, diabetes, and typhoid fever.

About 19 percent of the inhabitants of adults and 30 percent of children are malnourished. The United Nations expected that in 2003, Pakistan’s HIV prevalence rate was 0.1 percent among 15 – 49, with an estimated 4,900 deaths from AIDS. Hepatitis B and C are also widespread, with approximately 3 million cases of each in the country.

Health indicators health professionals in Pakistan are identified as one of the country’s most damaged sectors, according to Transparency International surveys, the majority of Pakistani are sad with the health services they are offered. Pakistan has no national health insurance structure, and 78% of the inhabitants pay healthcare costs themselves.

Barriers and Challenges in Health care system of Pakistan

In Pakistan’s far-flung areas, health services are not sufficiently provided due to none existence of proper healthcare infrastructure. Hospitals are not well equipped to advanced level, and healthcare centers are not fully functional under the various influence and a severe lack of funding from the Government. Public healthcare institutions that deal with critical health issues are often only placed in big cities and towns. Due to the absence of these institutions and the cost related to transportation, impoverished people living in rural and remote areas tend to consult private doctors.

The assessment’s authors describe Pakistan’s growth as meeting the Millennium progress Goals for a falling child, and maternal Mortality indicated as “unsatisfactory.” With its population, Pakistan has extra child, fetal and maternal deaths than all but two of the world’s nations.

The report calls child survival “the most devastating and large-scale public health and humanitarian crisis Pakistan faces.” Simple actions like training more nurses and midwives (currently outnumbered by doctors could save more than 200,000 women and children in 2015.

Almost 40 percent of children below the age of five are underweight, and more than half are affecting by stunting. A lack of adequate nutrition for children contributes to the higher number of child and maternal deaths. Proper nutrition weakens the body’s natural defense system and ability. Only 38 % of kids are entirely breastfed for the first 6 months of life. As a result, more than half the children below five years of age lack vitamin A, 40 % are deficient in vitamin D and zinc; and nearly 62% are anemic.

Children 8 out of 10 in Pakistan do not eat the exact type and extent of food. Pakistan remains at a crisis level of acute malnutrition and is prone to natural disasters such as earthquakes & floods.

This common trend has not been coordinated by an adaptation in the Pakistani healthcare system or government policy. Poor road safety, low-priced cigarettes, and high-levels of obesity (1/4 adult) all lead to preventable deaths. The right governmental action, including higher excise taxes on cigarettes, information campaigns, walks, and new legislation could cut the premature mortality rate from cardiovascular diseases, respiratory diseases, and cancers, by 20 percent by 2025.

Crises aggravated by natural disasters like flooding, earthquakes confliction at borders, and conflict over the past decade have mobilized vast sums of money both internationally & within the country.

The corresponding sums have not been spent on vital health services, which can save many more lives. In the past, Public health spending has declined in government budgets. That has left the nation with slight support for medical costs, which are responsible for more than 2/3 major economic shock for needy families.

Innovations are playing a significant role in the digitization of healthcare sectors worldwide. Modern technology provides an opportunity for patients and healthcare professionals to connect with each other in production environments to discuss health-related issues; on the other hand, there are fewer government funds for these kinds of projects.

Telemedicine is a modern technique, on the fast internet, it develops with lightning speed. After the pandemic hit the world hard, the telemedicine field is changing faster than ever before. This advanced approach helps doctors, Pharmacists, and other specialists to interact in real-time with patients in remote areas. Using a satellite, internet link, doctor or Pharmacist can sit in front of a computer laptop or mobile in any part of the country and interact with a patient.

Targeting communities’ identification is a growing public health concern these days worldwide. Targeting isolated communities (TIC) at a small level is not identified in some parts of the healthcare system. Relevant electronic databases were made for these TIC and were systematically searched using an extensive search strategy to find gaps and pertinent faults to the health sector. The identification of TIC is an essential tool these days in the healthcare system to find the risk factor in the health service system.

In Pakistan, poverty is a primary reason for ill health and a barrier to access health facilities. Middle and lower-middle-class cannot purchase expensive drugs and hefty fees of specialists in big cities. The relationship is also linked to other factors, such as lack of information on suitable health-promoting practices. It is observed that tuberculosis is the most commonly emerging disease in poor nations, including Pakistan, and its treatment cost is very high. 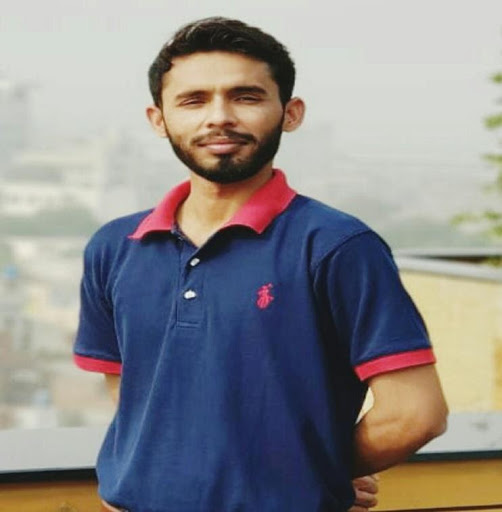